You are Still Doing Mid-Year Reviews, aren’t you? 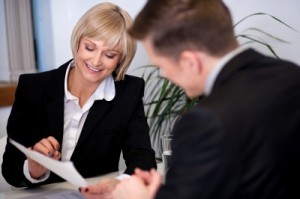 It’s that time of year when many businesses are conducting mid-year reviews, and most people at all levels in the organization are just dreading the process and think “here we go again”.

Over the last year there have been several articles published about companies removing their formal review process, since it was not helping their employees and the company improve their overall performance. However, as I have written before, performance reviews are a key process in allowing people and organizations to achieve their yearly goals and objectives. Hence the saying “you can’t improve what you don’t measure”. The challenge with many traditional performance reviews is how they are used.

One thing I have noticed working with several high-performance athletes over my career is their highly attuned awareness of their own performance. This could be something as simple as shaving off seconds during a practice session, or achieving certain metrics in preparation for their performance day. They all know how they are performing, but still require some sort of process that gives them qualitative and quantitative feedback. Having said that, and hoping you are still performing your mid-year reviews, I have a few pointers you should keep in mind.

Absolutely no surprise should occur during the mid-year review if the performance process is designed for improving employees’ performance. Just like high-performance athletes who track their daily, weekly and monthly performance, employees should ensure there are no surprises mid-way through the year. This can be accomplished by having a performance tracking system in place, combined with one-on-one coaching sessions between managers and employees. Being up-front and transparent is a key ingredient of any performance review process.

This is often a hard thing for most people to do within many organizations. The person conducting the review will often sidestep performance challenges and miss the opportunities for improving performance. Or sometimes the person being reviewed will disregard many of the performance metrics they are being measured against. Being candid is not always easy or fun, but it’s a step towards improving anyone’s performance.

Often we establish goals at the beginning of the year, and because of how fast most businesses operate, these goals can become irrelevant when mid-year performance reviews happen. If this happens, it’s critical to identify the goals that are not relevant anymore, establish new ones or modify goals and objectives based on where the company’s performance is actually at during the time of the review. This will help to ensure everyone stays motivated and engaged in the day-to-day tasks moving through  the second half of the year.

All the best in achieving your highest performance.

Get your free special report on the Top 6 Performance Challenges in a Rapidly Changing World and a subscription to our popular Pillars of Performance e-newsletter today.
We promise never to share your email with anyone else.